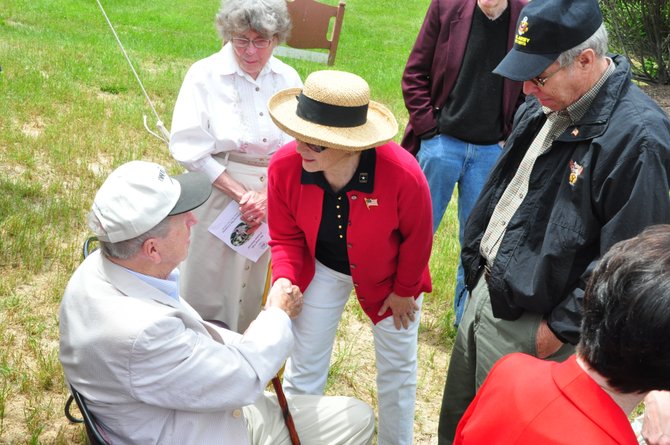 Great Falls residents line up to meet Tommy Cox of McLean, a Marine Corps veteran who served in the Battle of Iwo Jima Monday, May 27 at the Great Falls Freedom Memorial.