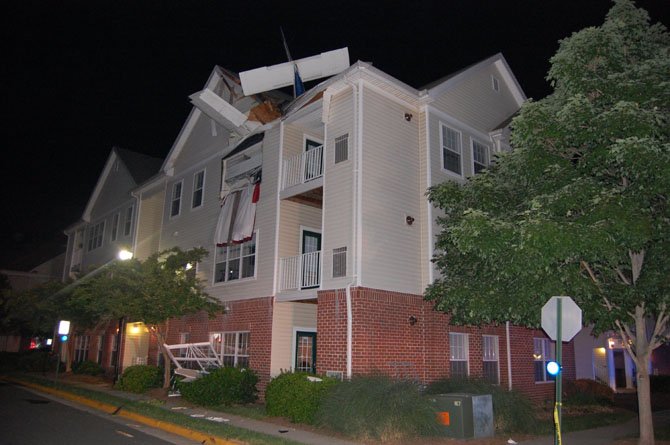 There was significant exterior damage to the apartment building, so state police evacuated all occupants.

Pilot and passenger survive the crash.

Virginia State Police were called to an apartment complex on the 2200 block of Astoria Circle in Herndon at 12:17 a.m. Friday, May 31. A two-seat, single-engine Cessna had crash landed into the top floor of a three-story apartment building. The nose of the plane came to rest on the living room floor of a third-story apartment.