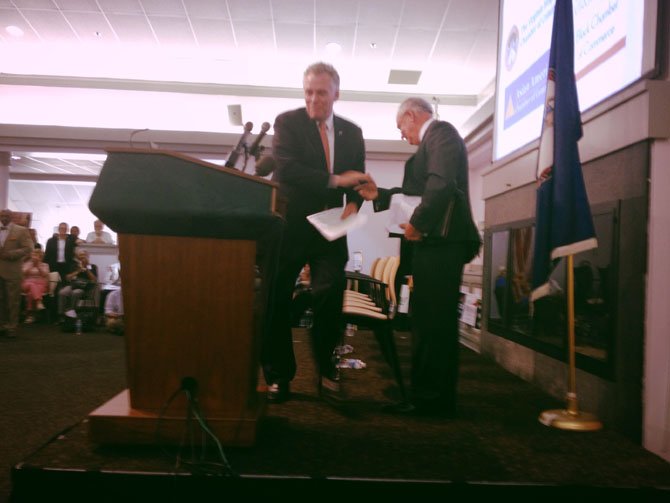 Democrat Terry McAuliffe takes the stage at the Annandale campus of the Northern Virginia Community College.