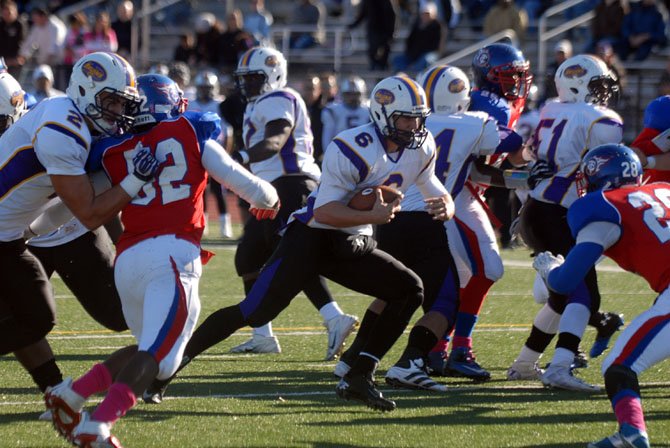 Lake Braddock quarterback Caleb Henderson got the better of T.C. Williams standout defensive players Jeremiah Clarke and Malik Carney on Oct. 25. The trio will play for the University of North Carolina next year.