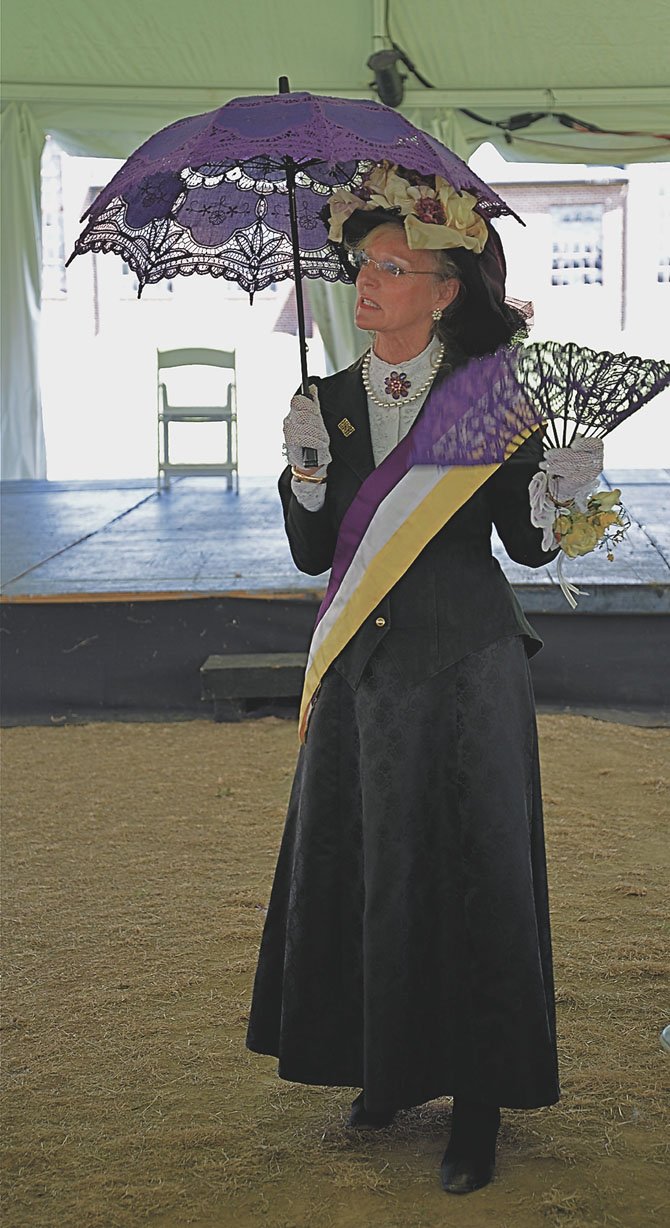 Lynne Garvey-Hodge brought the courageous experiences of the Occoquan Workhouse suffragist prisoners to life as she told their story in the persona of Mrs. Robert
“Mimi” Walker who was arrested in front of the White House and sent to the Workhouse in July of 1917.