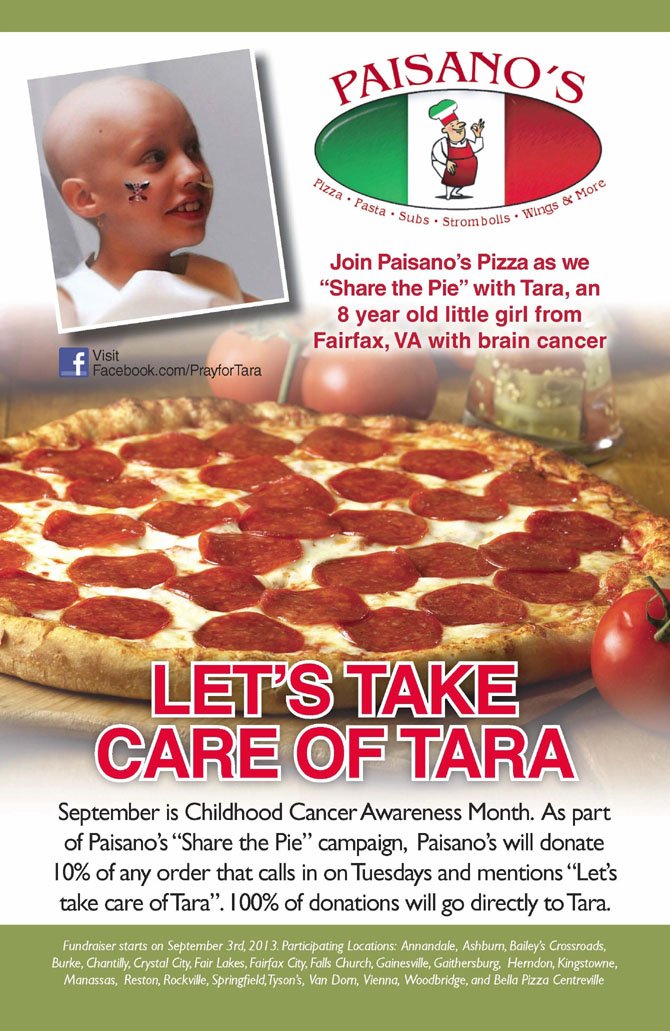 A fundraiser being held by a local pizza chain won’t cure Tara Sankner’s cancer — but it’ll certainly help her parents pay for her medical bills. Called “Let’s Take Care of Tara,” it began Sept. 3 and will run through Sept. 30 at all Paisano’s and Bella Pizza locations. This is National Childhood Cancer Awareness month, and Paisano’s owner and founder, Fouad Qreitem — who has children, himself — wants to do all he can to help this local family. “I would love to see Tara get into remission,” he said. “I met Tara and her mother, Tammy, and they didn’t ask for anything. But I could tell they were a family struggling and in need.” Tara, 8, is now a third-grader at Lees Corner Elementary. Her dad Craig is a letter carrier with the U.S. Post Office in Oak Hill and her mom is a medical biller at Inova Fair Oaks Hospital. And in February, their only child was diagnosed with an astrocytoma, a treatable but inoperable form of brain cancer. “It would be a parent’s worst nightmare,” said Qreitem. “I have two daughters, 8 and 12, and cannot imagine my family being faced with this situation. So I want to help Tara and her family.”