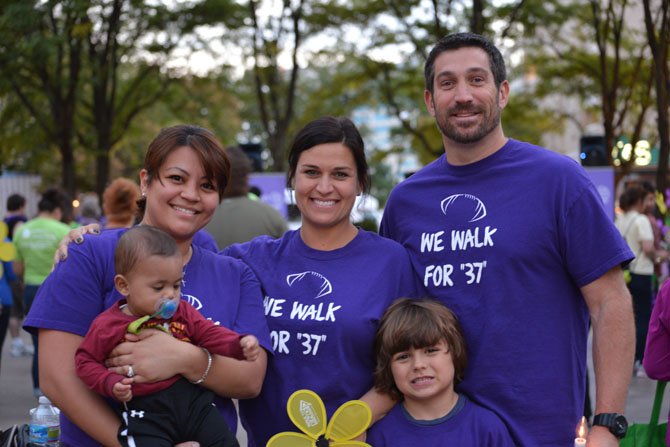 Team “We Walk for 37”—May Robinson with 6-month-old Noah, Allison Fischer, Mat Fischer. Landon, 6, Allison’s son, stands out front. Team “37,” in their second Reston Walk appearance, participate to honor Allison’s father, former Redskins legend Pat Fischer, who played cornerback for the team from 1968 through 1977. He was diagnosed with dementia and has become part of Allison’s household.