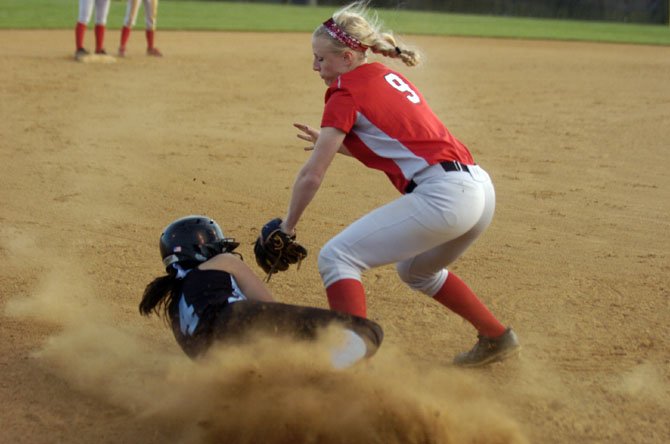 Marshall sophomore Celestina Dunavant slides into third base under the tag of Herndon’s Sarah Kurtz during their April 21 game at Herndon High School.

The Herndon softball team made the most of its four hits against Marshall on Monday.