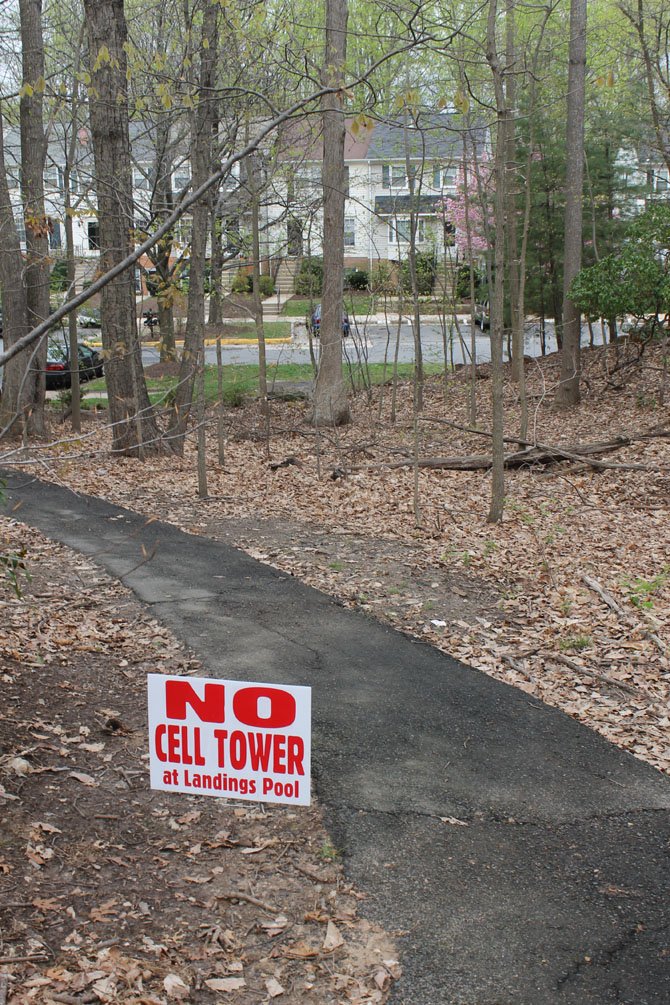 A view from the top of the hill where Board of Trustees are considering a proposal from AT&T to install a cell tower.

Susan Gaertner, a resident of the Landings in Burke Centre Conservancy, spent most of last summer enjoying the community’s pool and peaceful atmosphere. It is that sense of tranquility and beauty, she says, that makes the community an inappropriate place for a cell tower.