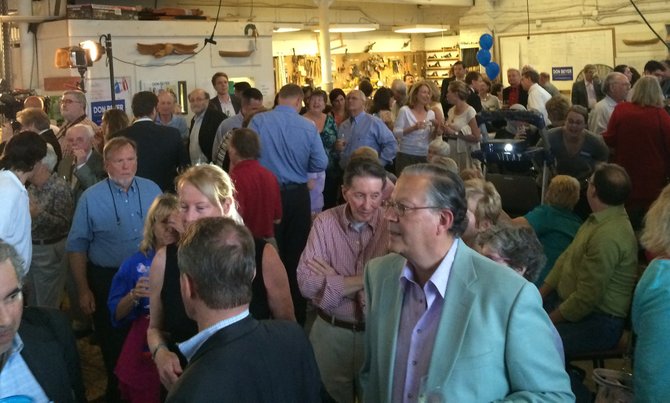 Supporters of Don Beyer gather at the Seaport Foundation to wait for results.