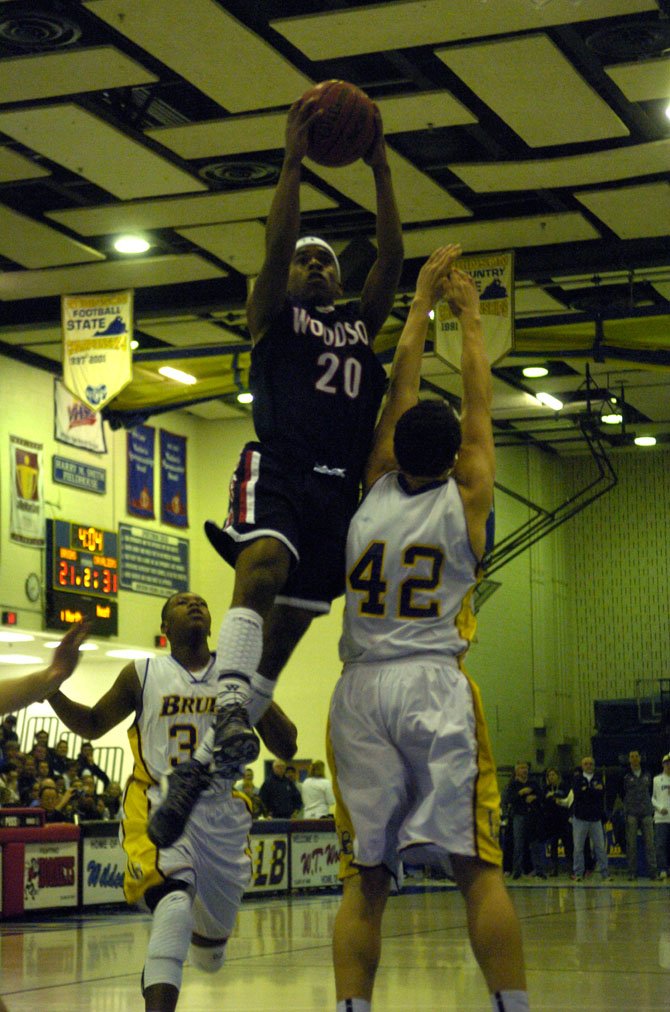 Woodson junior Eric Bowles attacks the rim during the 6A North region championship game against Lake Braddock on March 1 at Robinson Secondary School. Bowles was named 6A North region Player of the Year and MVP of the region tournament.

The Woodson boys' basketball team will face Landstown in the state semifinals.