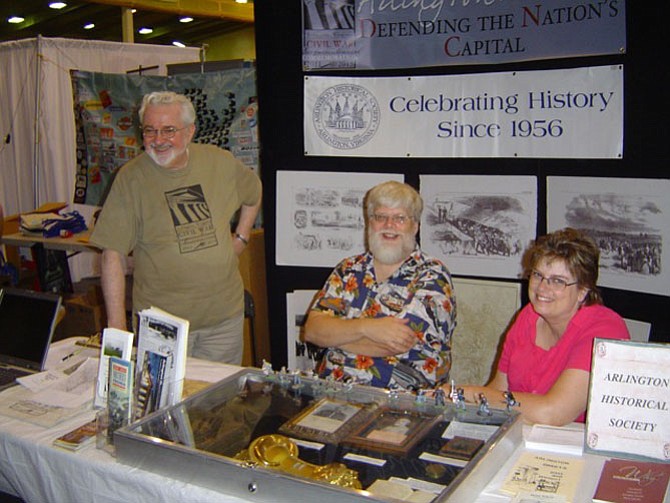 AHS and Civil War Sesquicentennial Commission volunteers at a shared booth at the Arlington County Fair in August 2013. From left are Warren Nelson, Mark Benbow and Annette Benbow.

Serving Up Smorgasbord of Local History