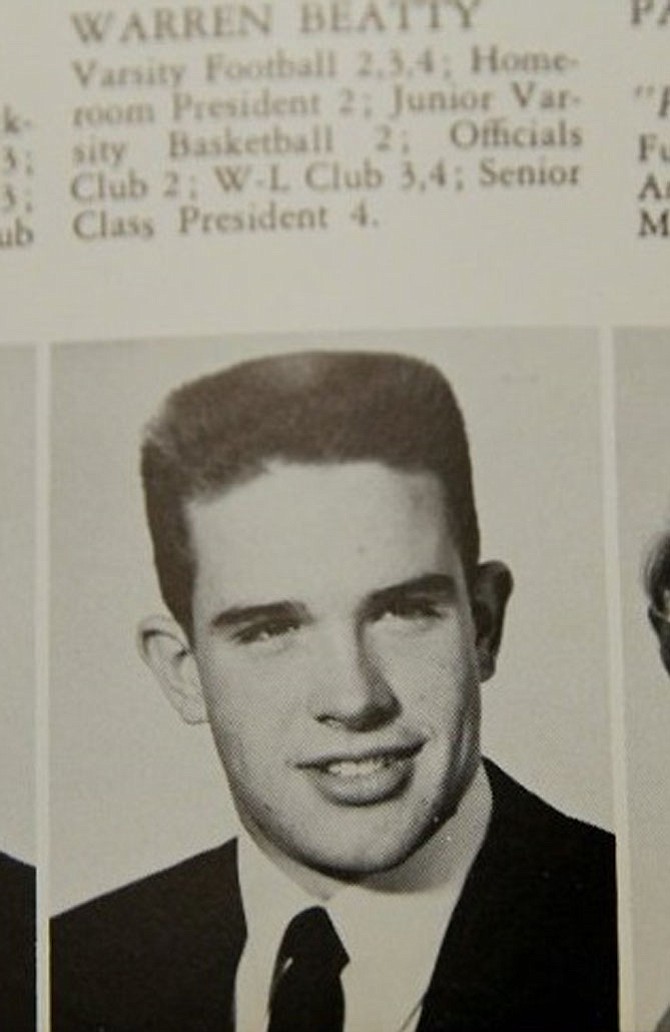 Warren Beatty, a standout football player at Washington-Lee High School, starred in the Old Oaken Bucket games in the mid-1950s.