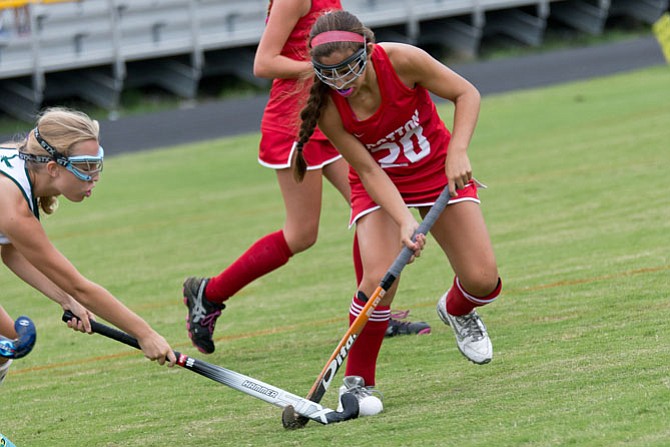 Lacey Rubin, seen last season, is one of 10 seniors on the 2015 Wootton field hockey team.