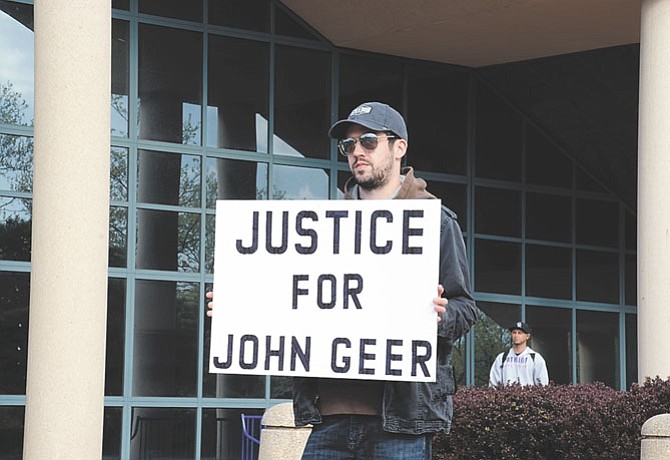 Adam Buchanan of Springfield protests outside the Fairfax County Government Center with the Facebook group Justice for John Geer.