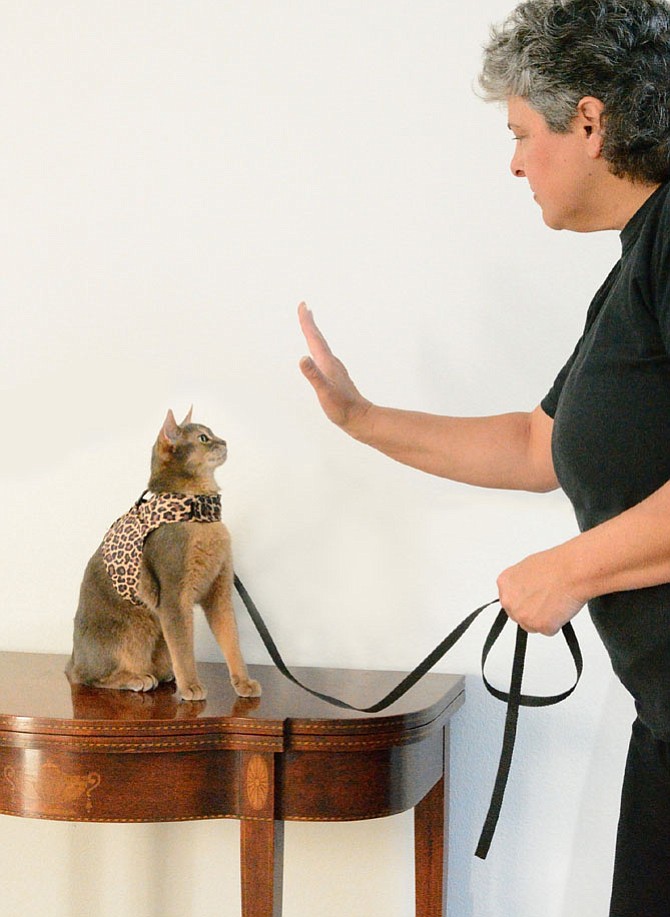 Cat training sessions should be kept short, and start with basic behaviors, such as the "sit and stay" command. Pictured are Lisa-Maria Padilla of Reston with Racy Mooner.