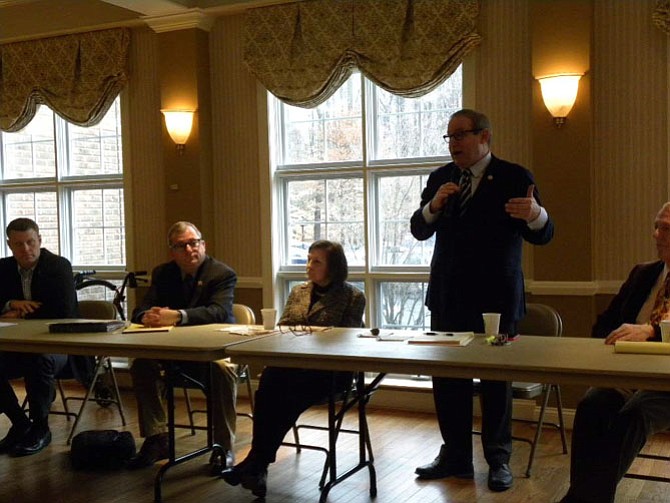 State senators George Barker (D-39), Linda T. “Toddy” Puller (D-36), Adam P. Ebbin (D-30), Del. Mark D. Sickles (D-43), and Supervisor Jeffrey C. McKay (D-Lee District) held a town hall meeting on Saturday, Jan. 24 at the Thompson Center in Alexandria. More than 40 people attended despite the overcast, drizzly weather. The panel acknowledged Puller, who announced her retirement earlier this month, and her work in the Virginia senate before talking about bills and issues they are working on during this short session of the General Assembly, which is scheduled to end Feb. 28.