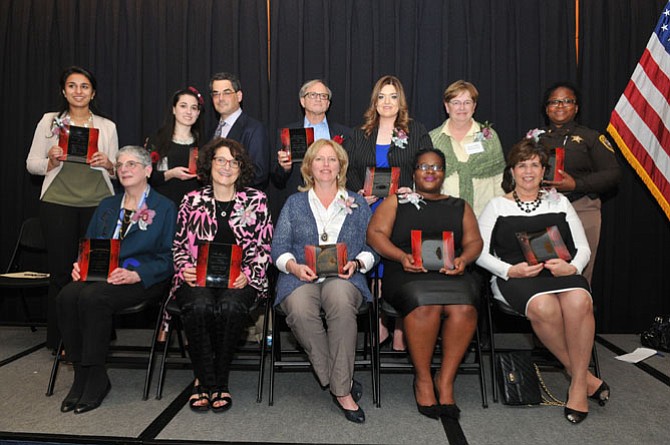 T.C. Williams High School principal Suzanne Maxey was one of 11 women, including three from the Alexandria City Public School system, honored March 26 at the 35th annual Salute to Women Awards.