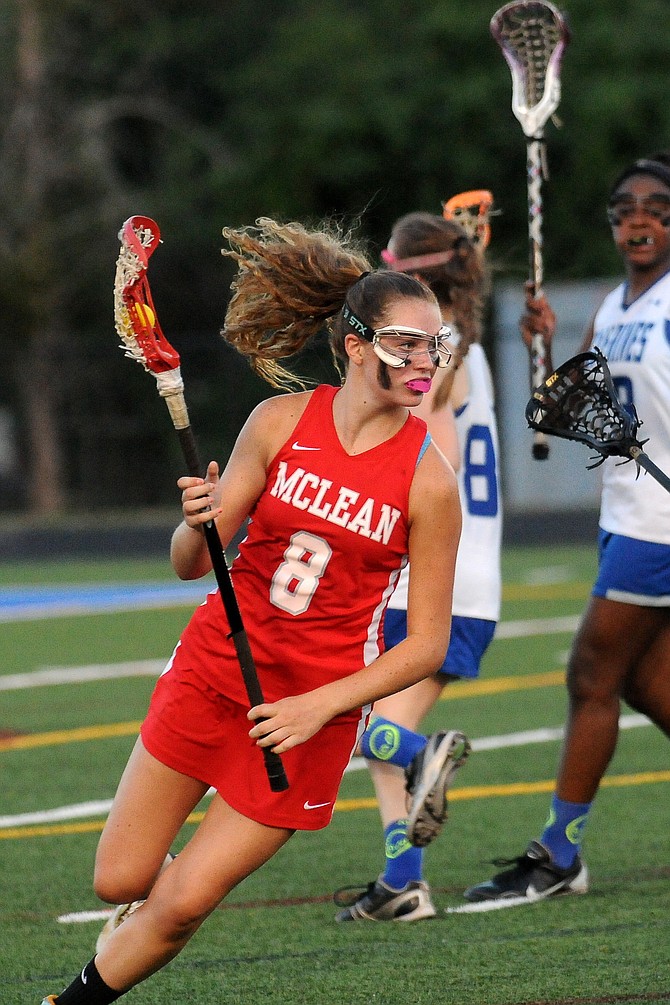 McLean senior Elise Koehl scored a career-high 10 goals during the Highlanders' 18-10 win over West Potomac in the opening round of the 6A North region tournament on Tuesday.