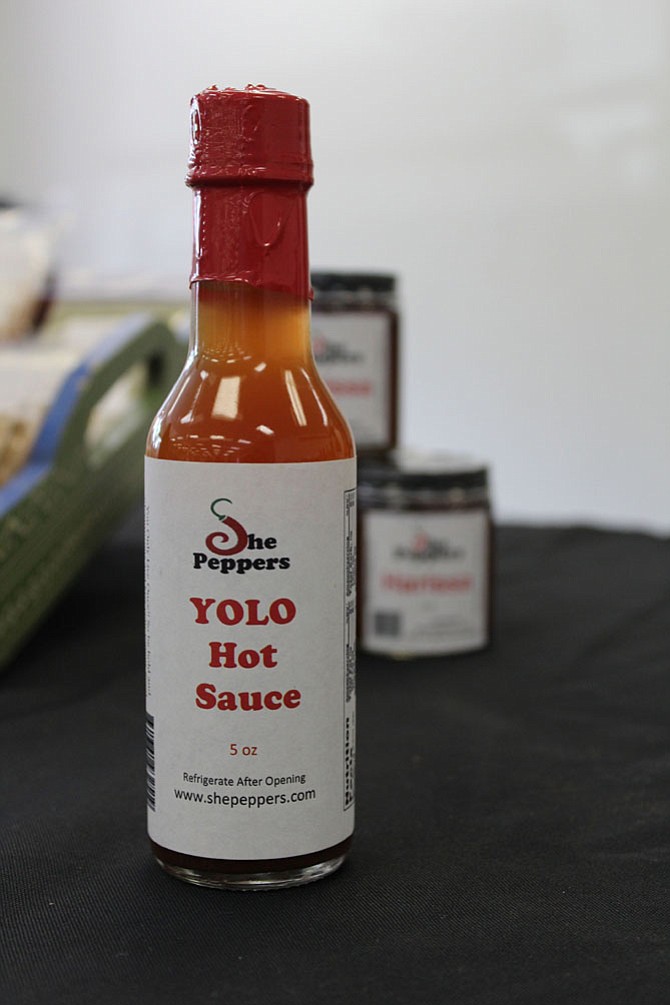 Made from the Carolina reaper pepper, YOLO Hot Sauce is She Peppers’ hottest variety.