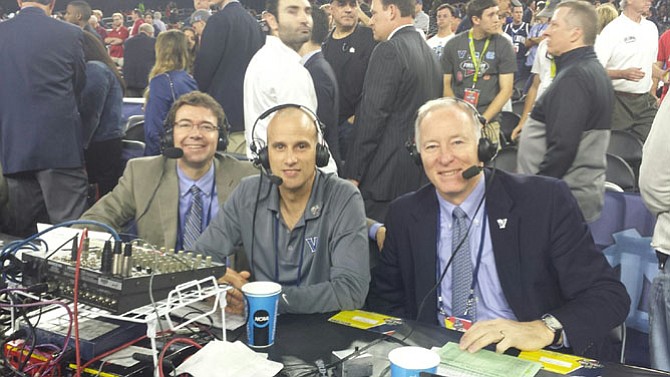 Alexandria: Ireton’s Ryan Fannon is the Voice of Villanova

For years, he has known the agony of defeat. But when Kris Jenkins’ 3-pointer slipped through the net as the final buzzer sounded, play-by-play announcer Ryan Fannon finally experienced first-hand the thrill of a Villanova Wildcats NCAA championship victory.