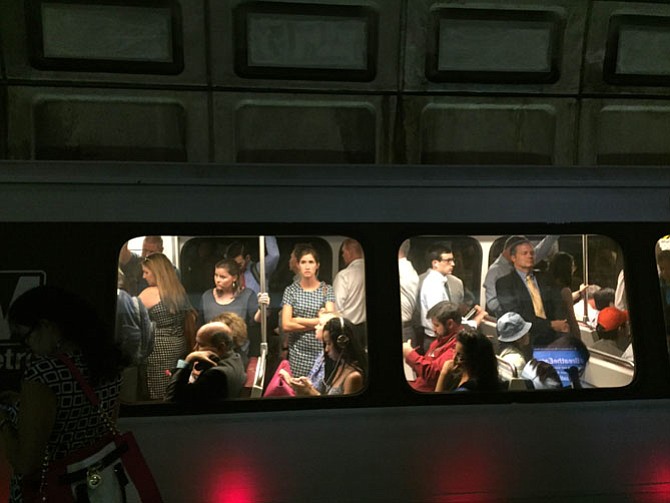 Reviewing a month of metro-shutdowns.

July was rough for the metro in Alexandria, but the city has emerged through the worst of it. Between July 5 and 18, Surges 3 and 4 involved complete line shutdowns between Reagan National Airport and Braddock Road, then in the other direction between Reagan National Airport and Pentagon City. The latter didn’t take place in Alexandria, but kept commuters from using the Metro to get to Washington D.C.

Metro gets back on track.

Surge 5 ended with a bang. On Friday, July 29, a Metro train derailed near the East Falls Church Metro Station.