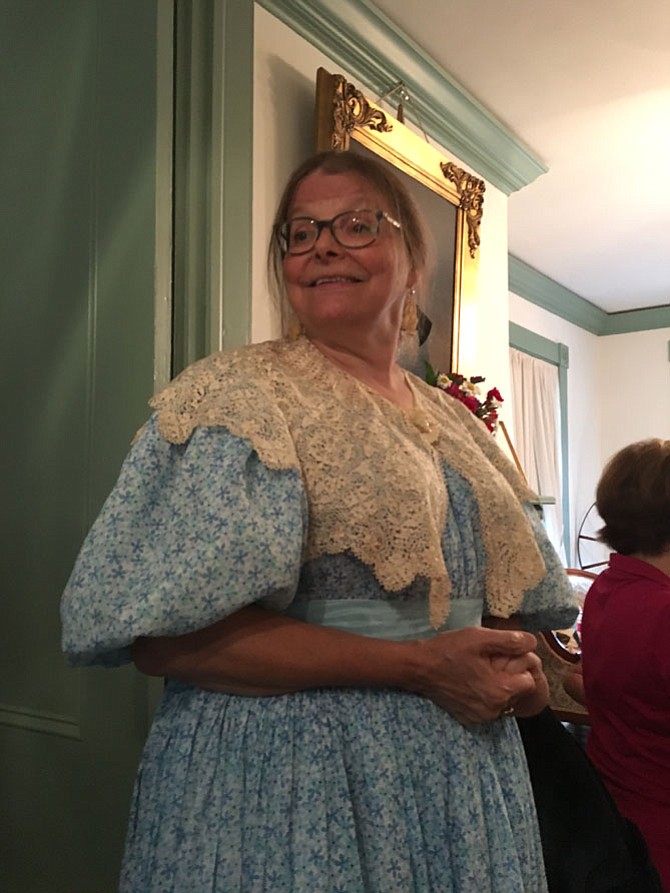 Historic Vienna, Inc. board member Leigh Kitcher brought suffragette Elizabeth Cady Stanton to life. Stanton was an early leading social activist of the 19th century. As Stanton, Kitcher said, “I fight for the rights of those weaker than me.”

A Tea in Vienna with a Taste of History

Clothed in the dress of her day – mid-1800s, Ms. Elizabeth Cady Stanton greeted her guests demurely at a “tea” on Sunday, July 3, in the parlor of Freeman Store and Museum.