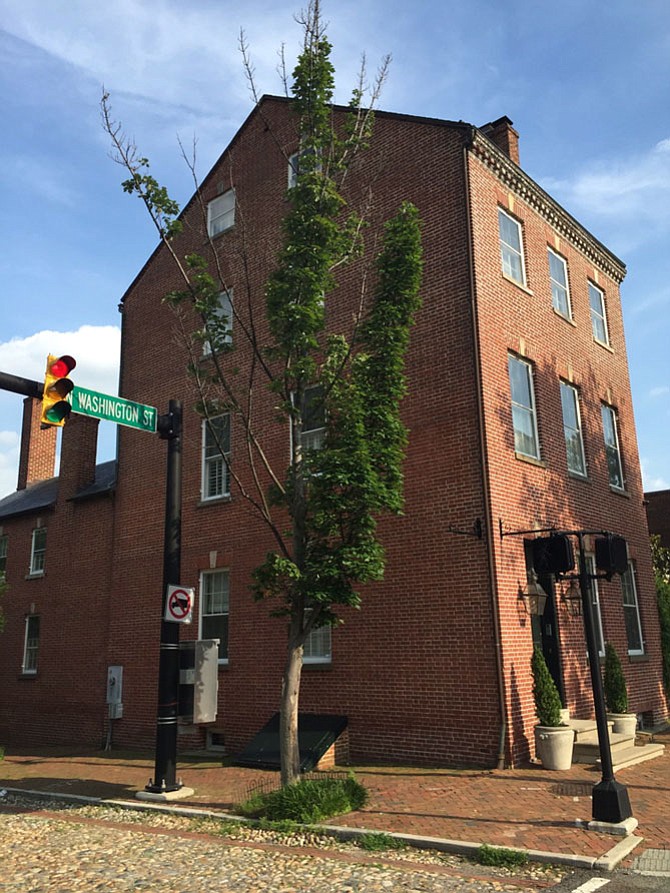 329 N. Washington Street, rezoned by the City Council in 2014 from a residential property to commercial-downtown.

329 N. Washington St. is a quintessential Old Town mansion. It’s a historic, four-story home facing the George Washington Parkway on one side and the the cobblestone Princess Street on the other. Unlike most Old Town homes, however, the property is currently at the heart of a lawsuit against the City Council with allegations of corruption within City Hall.