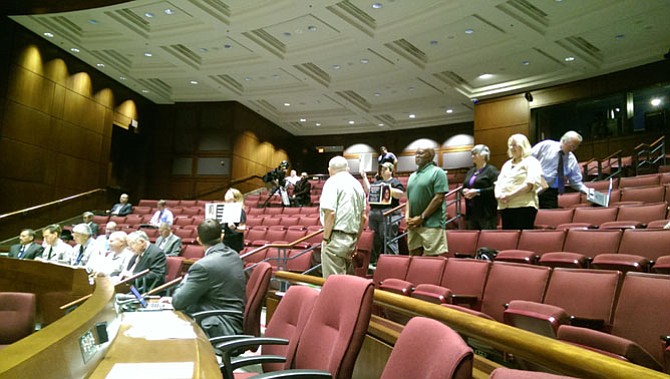 The Board of Supervisors recognized members of the Ad Hoc Police Practices Review Commission in the audience on June 21, while representatives from the group Showing Up for Racial Justice displayed posters referencing the in-custody death of Natasha McKenna.

Action items approved include use of force and communications recommendations from Ad Hoc commission.

The possibility of body cameras being worn by Fairfax County Police officers and the release of officers’ names involved with critical use of force incidents dominated discussion during two action items in the Board of Supervisors June 21 meeting.