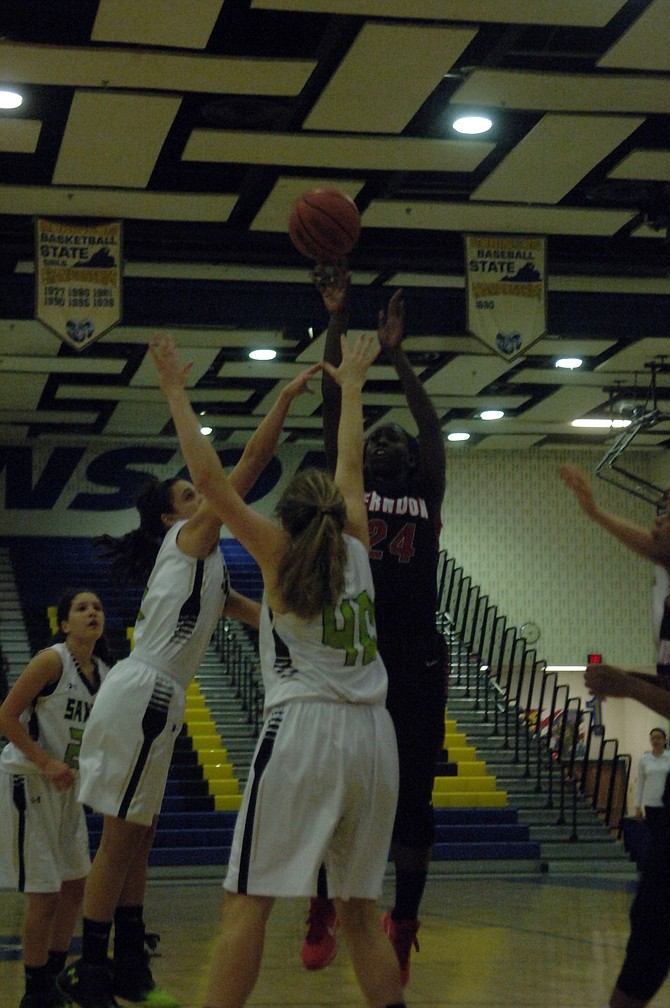 Herndon guard Indeya Sanders, seen during the 6A North region tournament, scored her 1,000th career point during the Hornets’ win over Woodside on Friday.

Hornets to face Cosby today in state semifinals at VCU.