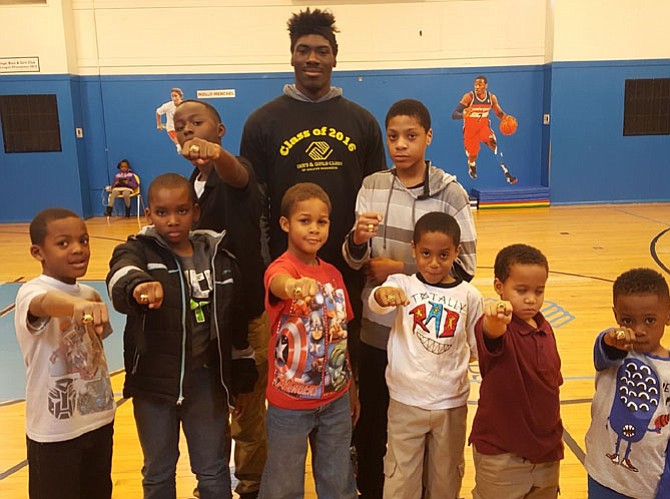 Members of the flag football winning “Miami Dolphins” team of the Dunbar Alexandria-Olympic Boys and Girls Club show off their Super Bowl rings at a recent assembly. A fundraiser for the club will be held Feb. 10 at the Carlyle Club.

Benefit to be held February 10

U.S. Sen. Tim Kaine will be among those honored Feb. 10 at this year’s Dunbar Alexandria-Olympic Boys and Girls Club annual fundraiser.