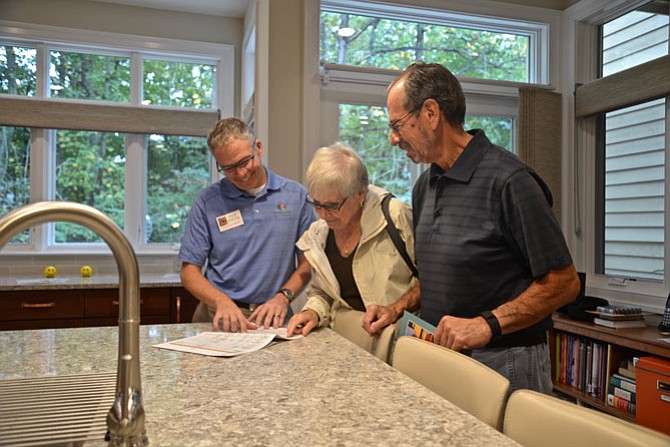 Mark Fies of Synergy Design and Construction shows Restonians Margaret Cotroneo and Norm Reich some of the plans from the re-build done after fire destroyed significant portions of the McGurns home on Hemingway Drive. Fies, and his wife Mina, the founder of Synergy, were on hand at the stop to highlight before and after photos of the kitchen remodel.