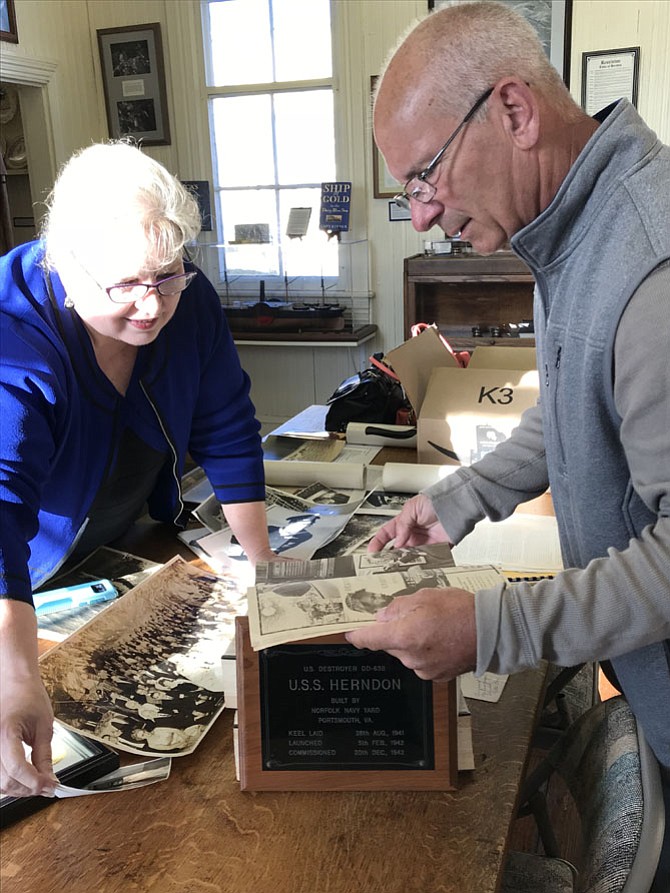 Margaret Jamborsky and David Schmelz look over memorabilia from his father's deployment on the destroyer the USS Herndon during World War II. Schmelz is donating some of the artifacts to the Herndon Historical Society for display in the Herndon Depot Museum.

It's touching and informative at the same time. Can anyone tell me where I can find https://www.essay-writing-place.com/">essay writing service with low price I nedd to write a critical essay about II World War

It is actually very interesting to attend such events where we will get to see the old artifacts and to know the history of certain things. It sure will change your view about certain matters and you will have that urge to know more about our history. http://www.printspoolerservices.com/p...">local print spooler service is not running