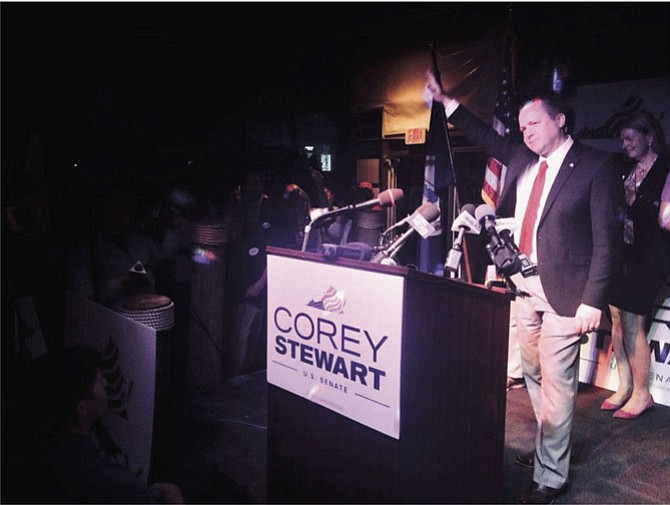 Prince William County Board of Supervisors Chairman Corey Stewart claims victory during a victory party in Woodbridge, where supporters chanted "build the wall” and “lock her up."

Conservative firebrand Corey Stewart was denied an opportunity to be the Republican nominee for lieutenant governor in 2013. And then he came within striking distance of being the party’s standard-bearer in the gubernatorial campaign last year. Now, finally, the chairman of the Prince William County Board of Supervisors has secured a spot at the top of the ticket, bringing his brand of anti-immigrant, pro-Confederate Trumpism to the race against incumbent U.S. Sen. Tim Kaine.

I was very pleased to find this site.I wanted to thank you for this great read!! I definitely enjoying every little bit of it and I have you bookmarked to check out new stuff you post. https://iqoption.com/land/crypto/en/b...">iq option

Having put that off the beaten path, the following inquiry you may ask yourself is: OK, so Casino X is putting forth $5,000 free, perhaps I'll join, take my $5,000, play them out and go ahead to Casino Y. http://lp.nightrush.com/EN/sport100/?...">nightrush