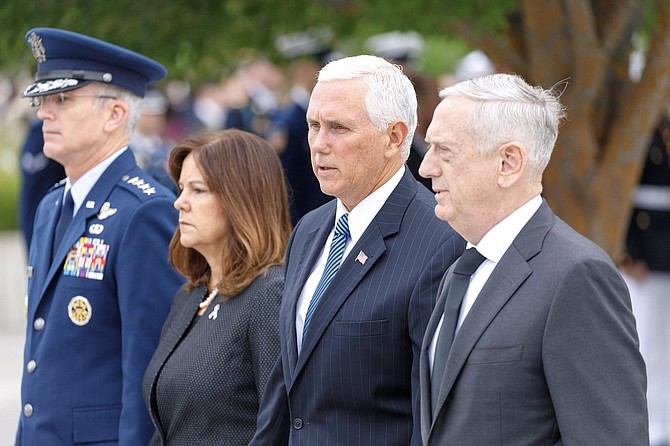 Vice President Mike Pence, second from right, is joined by Second Lady Karen Pence and Secretary of Defense James Mattis, right, at the National 9/11 Pentagon Memorial ceremony marking the 17th anniversary of the 2001 terror attacks. At left is Vice Chairman of the Joint Chiefs of Staff Gen. Paul Selva.