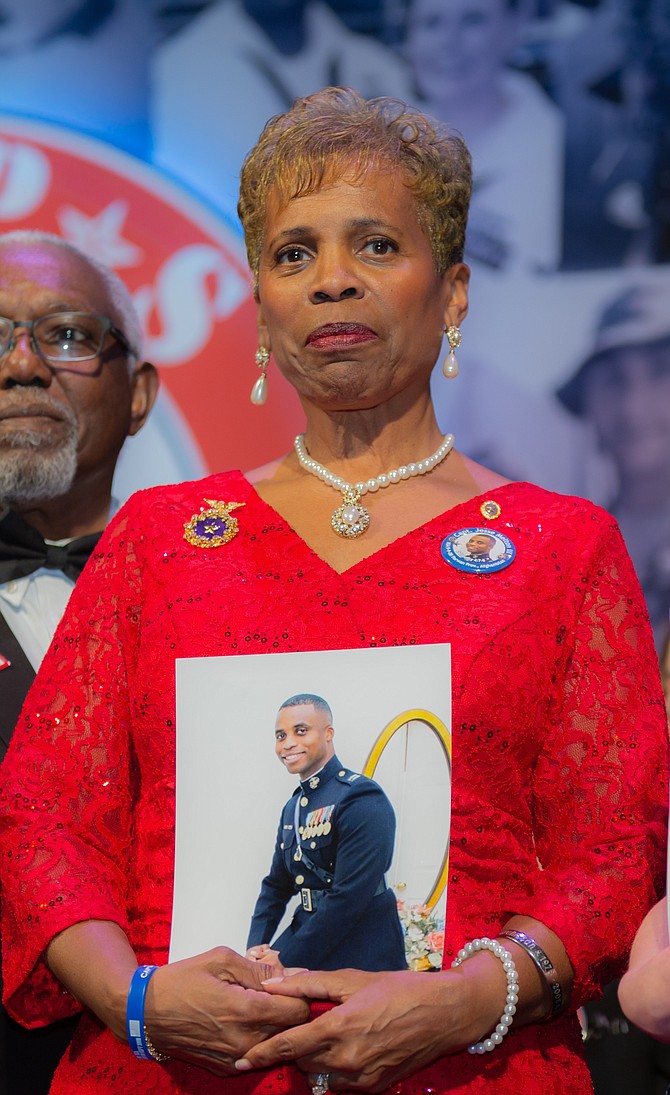 Janice Marie Chance holds a photo of her son, Marine Capt. Jesse Melton III, at the TAPS Honor Guard Gala March 6 at the National Building Museum. The organization marked 25 years of service to the families of America’s fallen military, including the family of Melton, a Maryland resident who was killed in the line of duty Sept. 9, 2008, in Afghanistan.