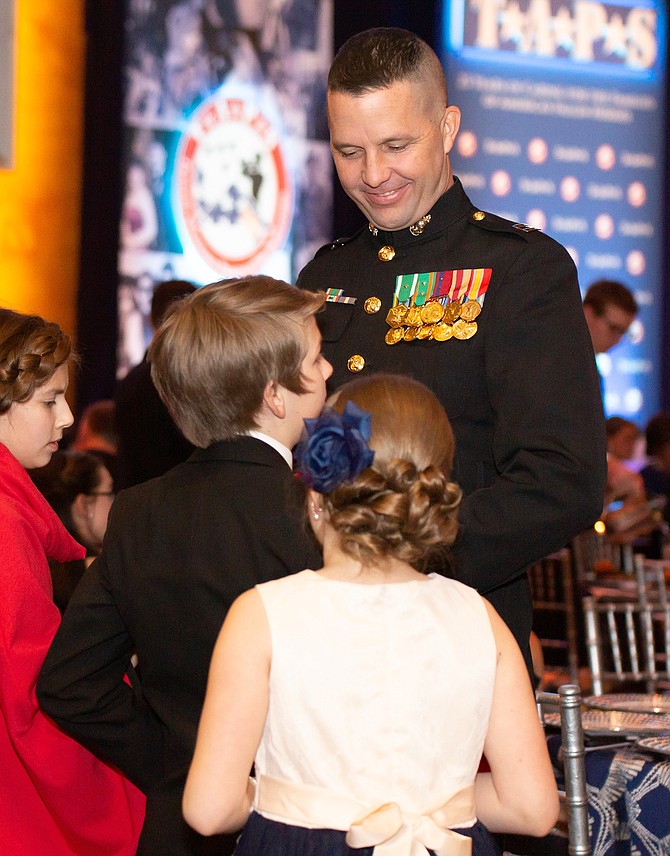 Retired Marine Capt. Kevin Penn is congratulated on receiving the Military Mentor of the Year award by children of fallen veterans at the TAPS Honor Guard Gala March 6 at the National Building Museum. The Alexandria resident and co-owner of The Light Horse Restaurant in Old Town was celebrated at the event marking 25 years of TAPS service to the families of America’s fallen military.