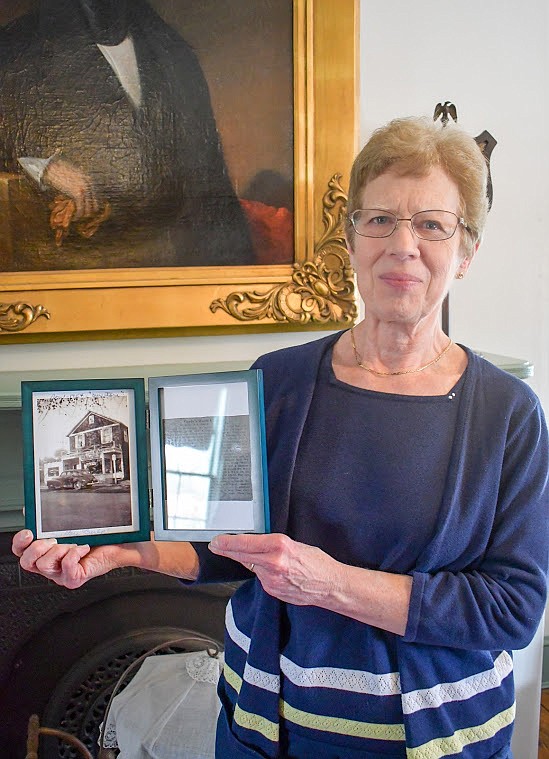 Alice Morgan Brady holds a photo and newspaper excerpt from 1954 of Curly’s, a clothing store for men, in Vienna. Her family owned the store in the 50s. The building later became Once Upon A Time and is now presently Cocoa Vienna.