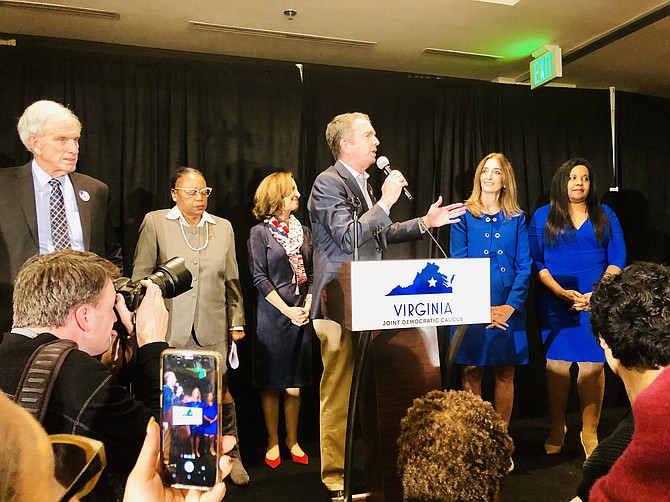 Republicans haven’t won a statewide victory since 2009, and now that Democrats have seized control of the House of Delegates and state Senate, Gov. Ralph Northam declared Virginia “officially blue” at a raucous victory party in Richmond Tuesday night.

It wasn’t all that long ago that Northern Virginia had its own breed of Republicanism. People like U.S. Rep. Tom Davis (R-11), U.S. Sen. John Warner and Del. Dave Albo (R-42). Now, after a series of stunning defeats since the election of Donald Trump to the White House, Northern Virginia Republicans are a dying breed, with moderates bowing out or being voted out.