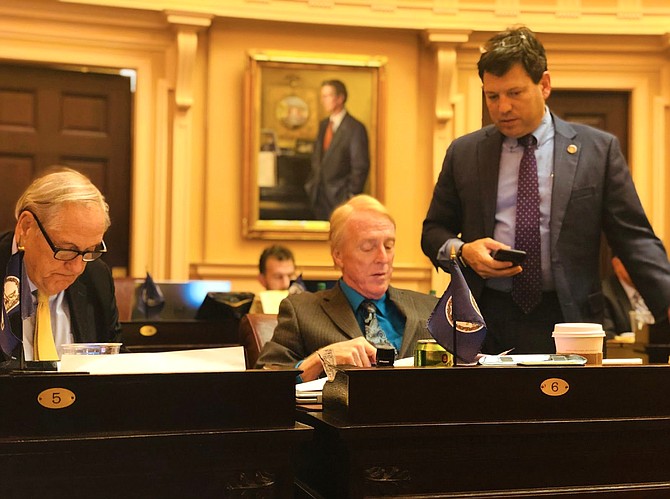 Sen. Scott Surovell (D-36), right, introduced an amendment on the Senate floor to take a regional approach to the minimum wage. That’s an idea originally proposed by Sen. David Marsden (D-37), whose vote Surovell was trying to get by introducing the amendment.