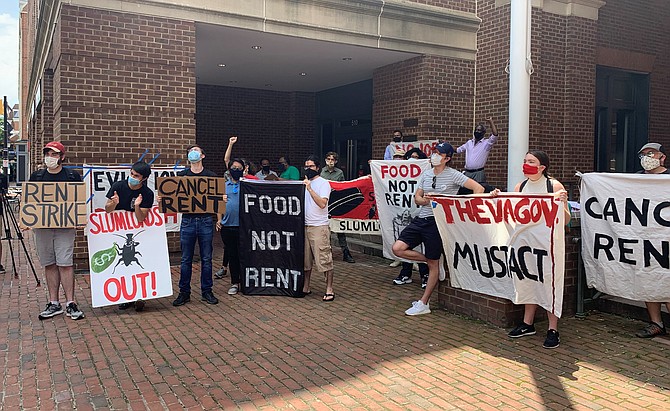 Residents of Southern Towers protest during eviction hearings July 15 outside the Franklin P. Backus Courthouse in Old Town. Organized by residents and the Metro D.C. Democratic Socialists of America, the protest called for the cancellation of rent payments.

‘Cancel Our Rent’ in Alexandria

Residents of Southern Towers apartments gathered July 15 at the Franklin P. Backus Courthouse in Old Town to protest for the cancellation of rent payments and demand an extension to a statewide moratorium on evictions, which expired last month.