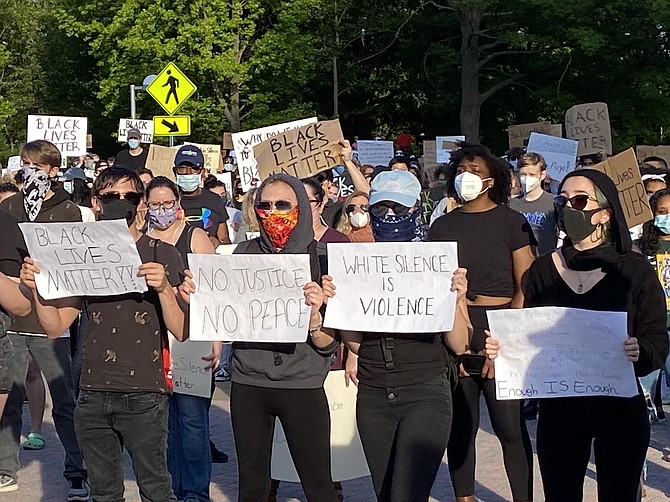 Members and supporters of Showing Up for Racial Justice NoVa protest at Public Safety Headquarters in Fairfax.

A Call to End ‘White Silence’

After seven days of nationwide protests, escalating riots and looting by some in the fallout from the death of African-American George Floyd while being arrested by a white officer in Minneapolis, Showing Up for Racial Justice (SURJ) Northern Virginia held protests at two northern Virginia police headquarters.