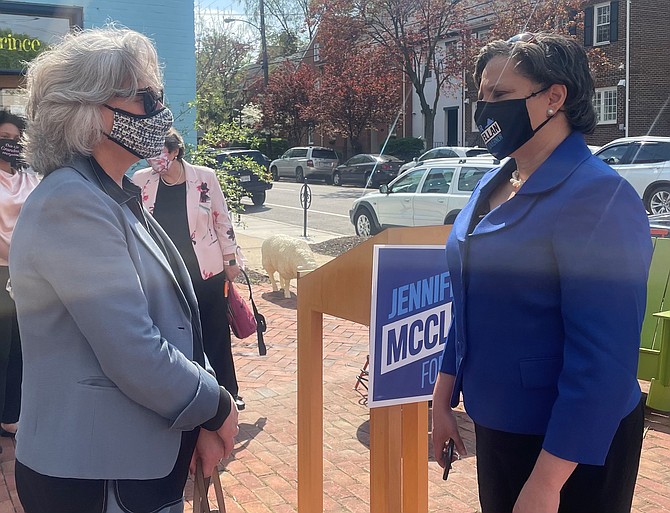 Jennifer McClellan, right, with a supporter at a campaign event April 15 at fibre space in Old Town. McClellan is vying for the Democratic nomination for Virginia governor. Primary Election Day is June 8; early voting begins next week.