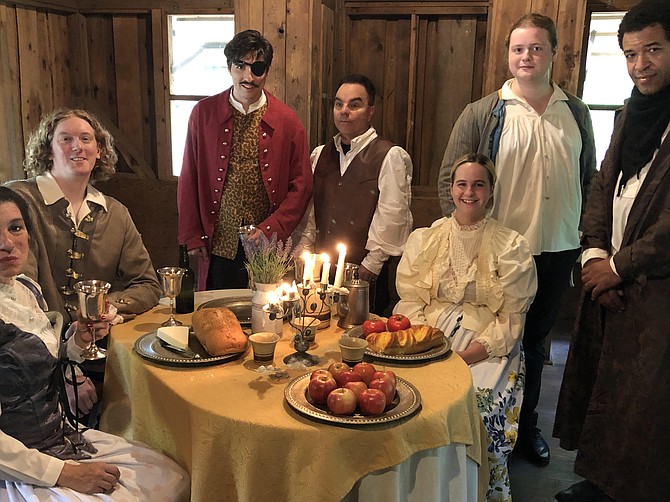 The cast of “The Frenchman” (from left) Wendy Labenow as Louasa, Danny Seal as Charles, Camilo Eraso as Pierre du Tubeuf, Brian Clarke as Robert Brown, Evan Zimmerman as François, Ed Johnson as Simon Perchant, and Lydia Matson as Eusebe.

Original play about a French colony in Virginia

In the 18th century, a citizen of France traveled to America, came to Virginia and changed it forever by founding a French colony here.