A Citizen at Last
Votes

A Citizen at Last 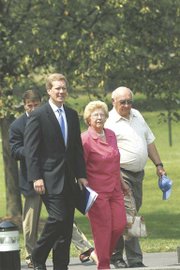 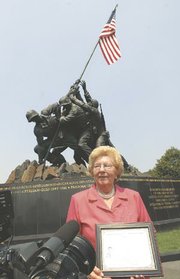 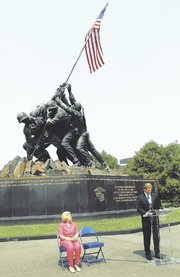 USCIS acting director Jonathan Scharfen describes the process of citizenship for members of the armed forces. 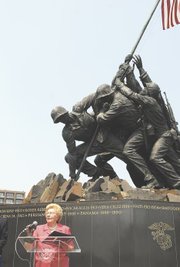 A Certificate of Citizenship is presented to Mary Pero, sister of Sgt. Michael Strank, Iwo Jima flag raiser last week at the memorial which depicts the flag raising.Sgt. Strank was one of the five marines and one sailor that are depicted in the Marine Corps War Memorial in Arlington. He enlisted in the Marine Corp on 0ctober 6, 1939. On 19 February 1945, Sgt Strank landed on Iwo Jima. The flag raising took place four days later on February 23, 1945. The Czech-born Strank was killed in action on the island on March 1, 1945. On the left, Mary Pero, accompanied by her family and USCIS acting director Jonathan Scharfen arrives at the Iwo Jima Memorial. On the right, Mary Pero holds her brother’s Certificate of Citizenship.