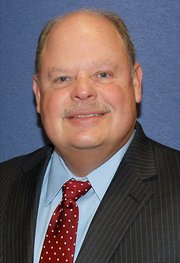 The Fairfax County Board of Supervisors appointed Edward L. Long Jr. as county executive on Tuesday, April 10. Long, who will replace Anthony H. Griffin on April 25, has more than 34 years of experience with the county, and retired as deputy county executive and chief financial officer in May 2011.

“Ed is known as a steady and trustworthy leader,” says Board of Supervisors Chairman Sharon Bulova (D-At-large). “I believe that his skills and management style will continue to foster the culture of excellence for which Fairfax County is so well known.”

In his role as deputy county executive, Long oversaw all of the county’s financial and human resources functions, including tax administration and assessments, revenue collection, management of county debt, retirement funds administration and more.

Under Long’s leadership, Fairfax County maintained the highest credit rating possible for a local government. As of February, only eight states, 39 counties and 34 cities in the nation had triple-A ratings from all three investor services.

“Fairfax County is truly fortunate that Ed Long has agreed to come out of a well-deserved retirement to take the position as our new county executive,” said Board of Supervisors Vice Chairman Penny Gross (D-Mason). “Ed’s enthusiasm for the county, its employees and its services is undeniable, and he is a worthy successor to outgoing County Executive Tony Griffin.”

Supervisor Pat Herrity (R-Springfield) issued a statement April 10 on the hire of Long: “He is the right man at the right time, and I am thrilled he will be our next county executive…Nobody has a better understanding of our financial challenges than Ed Long.”

Long began his county career in 1977 as a budget analyst and became the director of the Department of Management and Budget in 1989. He currently serves as an adjunct professor at George Mason University and American University.

Long received the 2012 Distinguished Local Government Leadership Award from the Association of Government Accountants, and in 2006 he received the A. Heath Onthank Award – Fairfax County’s highest employee award.

Long has a bachelor’s in political science from Emory and Henry College and a master’s of arts in urban studies from the University of Maryland. He will receive an annual salary of $257,282.