Do Backyard Hens Pose Threat to Public Health in Arlington?

Here's the scoop on potential hazards of proposed zoning change. 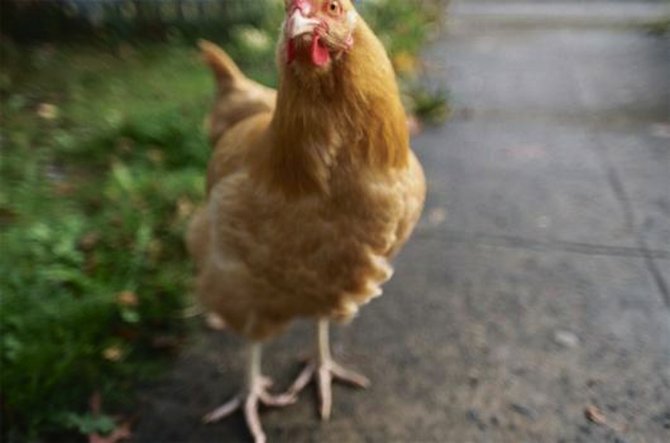 Do backyard hens pose a risk to public health in Arlington? That question will be at the center of a debate now taking place in the county. This week, members of the Urban Agriculture Task force will conduct their first meeting. In the next year, the newly created group is expected to craft a resolution for the County Board on what kind of zoning changes — if any — should take place to ease restrictions on backyard hens.

“We don’t want to lay an egg on this,” said John Vihstadt, chairman of the task force. “So we’ll be looking at everything.”

Since County Board member Walter Tejada mentioned the potential for easing restrictions on backyard hens during his New Year’s Day speech, interest in the issue has been steadily growing. At issue is a restriction preventing county residents from having livestock within 100 feet of property lines. Opponents say they are concerned about the public health risks posed to Arlington residents — specifically chicken waste.

“The droppings will mix with bare soil to wash into the storm sewers, or if I’m lucky my yard or your yard,” Jim Pebley told County Board members at a recent meeting. “I think it’s egregious — I’m sorry egg-regious.”

Experts say the public health risk to Arlington County is water pollution. Because roosters will not be allowed under the potential changes, noise pollution is not a concern. And communities that have recently eased restrictions on chickens have not had any spike in communicable diseases. That leaves the health of the Chesapeake Bay at stake. New rules from the Environmental Protection Agency are aimed at reducing the total maximum daily load of nutrients in the watershed, which means that any chicken waste would contribute to a problem that’s already out of control.

“Like all organisms, we defecate a fair bit, and it all has to go somewhere,” said David Luther, biology professor at George Mason University. “Generally for anything except humans, it doesn’t go through water treatment plants. If the quantity is high, it can be a real problem for the local watershed.”

RECENT YEARS have seen a growth in communities across America easing restrictions on livestock as part of an urban agriculture movement. Advocates say eating local foods is better for the environment than shipping items across the country, an environmental assessment that is certain to be examined by the task force. Tejada said the task force will be looking at the experience of communities that have recently investigated potential zoning changes involving chickens, a list that includes places from the Pedaluma, Calif., to Takoma Park, Md.

“We are not reinventing the wheel here,” said Tejada. “There are places that already have successful urban agriculture initiatives.”

Members of the task force are charged with outlining the science for a recommendation, a daunting task. How many county residents will take advantage of the zoning change and start raising chickens? That may be unknowable, leading to uncertainty in how much water pollution would be created. Would the zoning change be accompanied with some kind of special restrictions on what happens to chicken waste? One task force member suggested it may be possible to address the issue of chicken waste by disposing of it in an environmentally sustainable way.

“We’re not talking about opening a Perdue factory farm here,” said Planning Commissioner Rosemary Ciotti, a member of the task force. “Maybe part of our recommendation could outline methods for proper disposal of chicken waste.”

Critics say that would be a tough egg to crack.

“We can’t enforce this,” said Pebley. “To enforce it, we are going to wind up having to hire the poultry police.”