For Pets from Paradise, Alexandria Is Heaven
Votes

For Pets from Paradise, Alexandria Is Heaven

Adoption opportunities for kittens in need 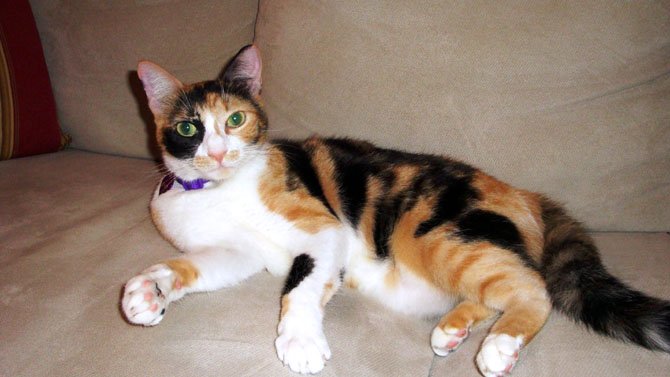 Susie is one of 35 cats who have found a home in the mainland thanks to the King Street Cats partnership with the St. Croix Pets from Paradise program.

The U.S. territory of St. Croix is a Caribbean paradise. A rolling sea surrounds lush beaches, the climate is warm year-round, and there are few crowds. The same island features that make for an amiable habitat for humans, however, are disastrous for local animal populations.

A warm climate leads to an overabundance of puppies and kittens, and with a population of only 50,000 there are not enough homes to go around. As a result, approximately 95 percent of the estimated 3,500 island cats are euthanized.

“Many of the stateside shelters have rescues nearby or in other states that will help relieve the high intake of their pets. Since we are on an island, we do not have that luxury,” said Melissa Pieffer, adoption and rescue coordinator with the St. Croix Animal Welfare Center, in an email exchange.

According to Pieffer, while many shelters in the continental states can have thousands of rescues per month, on the island of St. Croix there are only 400 adoptions per year.

“They have some difficult days on the island, but it gives them hope knowing the cats have a chance.”

Allie Phillips, author of “Defending the Defenseless” and volunteer with King Street Cats

That’s where animal rights activist and local author Allie Phillips steps in. On a trip to St Croix nearly three years ago, Phillips heard of the dire problems facing Pieffer and the local shelter. Determined to help, Phillips brought a local Siamese back to Alexandria through the island’s Pets from Paradise program.

Phillips, who volunteers with the no-kill animal shelter King Street Cats in Alexandria, has been active in the St. Croix program ever since that first successful adoption of an island feline. To date, the Alexandria partnership has helped 35 cats from St. Croix find homes in the mainland.

“Every story has been a success. A couple of times a year we will check in with updates and photos to send back to St. Croix,” said Phillips. “They have some difficult days on the island, but it gives them hope knowing the cats have a chance.”

Established nearly 10 years ago as a way to save island shelter animals, the Pets from Paradise program encourages visitors to escort an animal back to the mainland after a stay at St. Croix. The island’s shelter provides the necessary paperwork, and pays the transport fee. Once visitors return to the mainland they are greeted by stateside partner organizations, and the animal is taken to a no-kill shelter before finding a permanent home.

Although the island has partner organizations in 15 states and the District of Columbia, Alexandria is currently the only location where cats are taken in. From King Street Cats the felines can find a home locally, or are sent wherever there is a shortage of animals. In some regions of the United States, such as New England, spaying and neutering programs have been almost too successful and cats are in demand.

While attempts have been made to spay and neuter the St Croix population of dogs and cats, including free and discounted programs, few on the island have taken advantage of the services.

“We also have a huge issue on our island with animal neglect, abandonment, cruelty and abuse, which we are working very hard to change,” said Pieffer in an email exchange. “It’s all about educating the youth and the public.c.

Thanks to the efforts by King Street Cats and other partners, the Pets from Paradise program has seen a significant increase in adoptions year-by-year. According to Pieffer, in 2009 120 pets were saved, and in 2011 nearly 275 pets found homes through the rescue efforts.