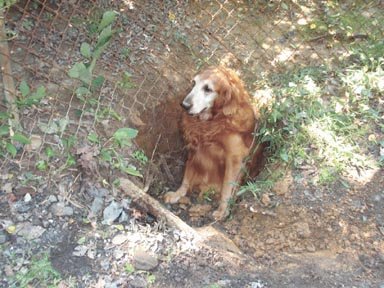 Vienna — Most crime in Vienna is that of opportunity — unlocked vehicles with valuable property such as phones and GPS units visible, unattended purses in grocery carts, falling for the scams of unlicensed door-to-door "laborers."

"The most common problem we had in 2011 is theft from unlocked vehicles," said Public Information Officer Bill Murray of the Vienna Police Department. "We’ve tried to get people to lock their vehicles, to take out valuables. We promote this in all the Town’s publications and at civic meetings," Murray said.

What the Vienna Police Department officers see time and time again is drivers leaving something valuable visible in their cars and then not locking the vehicle.

"The number one priority is to take the valuable out of the car," said Murray. "Secondly, lock your vehicle at all times, even in your own driveway. What these guys are doing is going through neighborhoods, down streets, pulling on door handles. When a door opens, they go through it."

Murray emphasizes that if thieves see something of value in the car, they might break the window to get to it. So, priority number two hinges greatly on priority number one.

Occasionally, a resident will say that he lives in Vienna and doesn’t intend to lock his vehicle or house doors. To that Murray responds that many of the perpetrators come from out of Vienna to commit crimes, such as theft.

"All we can do is ask, beg and plead with people to get them to take out their valuables and lock their doors," said Murray.

Another significant problem that crops up around Vienna are predators who prey on homeowners, particularly older people.

"A portion of our aging population relies on others to do work around their house," said Murray. "Tree scammers, repair scammers, take advantage of them."

THE MOST IMPORTANT THING that Murray and his colleague Officer Gary Lose advise is not to ever let strangers into the home. "Don’t let them in because they are really looking for stuff to steal," said Murray. A frequent ploy is to send the homeowner to other parts of the house to "isolate the problem."

"While he’s alone, he’s stealing from you," Murray said. "They go through purses and drawers, grabbing stuff."

If a solicitor comes to your home, ask for his permit. Licensed solicitors have been screened by the Vienna Police Department. If he/she cannot show a permit, call the police. "We want people to call us on those individuals when it happens, so we can locate them," said Murray.

Theft from unattended purses — in stores, workforce and churches — make up a large part of Vienna police calls. Distracted shoppers, particularly, turn their backs to their purses stored in their grocery carts. While shoppers are looking the other way, sticky fingers come by, either pulling out a wallet or grabbing the whole purse. When credit cards are stolen, they are usually used immediately by the thief. Murray suggests that credit card holders check their accounts online, at least, once a week.

Sometimes, Murray said, thieves work in pairs. One distracts the shopper, the other steals.

"Keep your purse under your close watch at all times," said Murray. "Thieves are quick."

Packages delivered to homes offer thieves an opportunity for easy access. People of the criminal kind drive around streets looking for packages left outside homes or offices. Officer Lose recommends asking a neighbor to look out for an expected package or require a signature when delivery service leaves a package. Some times, thieves drive behind delivery trucks, stopping when the trucks do.

Occasionally, ATMs in the Vienna area are "skimmed" with phony card readers. Your card is, in essence, duplicated and a new phony ATM card is reproduced for use by thieves after the phony reader is removed.

"One of the things you can do is to physically check the card reader to make sure it’s attached to the machine," said Officer Lose. "If the reader comes off, contact the bank and the police."

Other pointers passed on by Murray and Lose: never give out private information, such as account numbers, over the phone or by e-mail. Banks have that information; they will not ask the customer for that. "The golden rule is, if you didn’t initiate the contact, do not supply any information," said Murray. Frequently, older people are called because a "grandson" has been involved in a minor accident and needs emergency money. Don’t fall for it, Murray advises. Contact the person supposedly involved directly.

Protect your Wifi with password protection. Someone outside your home can hack into a home computer if your wireless system is unprotected and steal your banking information.

IN DECEMBER, there were reports of local potential carjackers "bumping" cars in a minor accident. Call police for assistance if you are suspicious of the "accident."

If you are approached in a parking lot by an off-duty bodyshop repairman who offers to fix the dent in your car for a fee far less than a reputable body shop would charge, chances are it’s not legitimate.

Murray’s office distributes a scam update quarterly, the most recent one dated Nov. 4. The November update is available at www.viennava.gov. and search for scams.

Read the police highlights of the Town of Vienna Police Department and media releases at www.viennava.gov.

Murray will answer general questions by e-mail or talk with residents by phone. He can be reached at 703- 255-6396 or by e-mail at wmurray@viennava.gov. Request for police assistance must be called in.

"Stay self-informed," Murray said. "If you see something, say something. We want to be bothered."