He also heli-guides In Alaska. 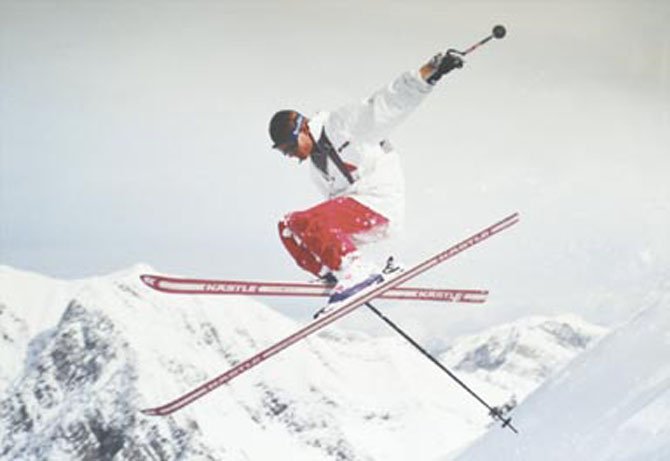 By By Susan Belford

Herndon — Twenty-three years ago, The Potomac Almanac published the story of 14 year-old local skier Matt Belford. Belford had placed third among Maryland’s ski racers in the Coca-Cola Jr. NASTAR standings while racing at Jackson Hole, Wyo. He won the Maryland Governor’s Cup Championship with the best combined time for the Giant Slalom and Slalom races at Wisp Ski Resort. He raced every weekend in the winter with the Liberty Ski team, competed in the Canaan Valley Giant Slalom, the Jeep Ski Challenge at Silver Creek, W.Va., and other races in the Mid-Atlantic and the Northeast. He attended summer ski camp at Mt. Hood, Oregon and worked at Rockville’s Ski Haus. By the time he was 16, he had determined his life’s goal — to find a way to make a living in skiing — and to live permanently in Jackson, Wyo., a ski resort he had visited frequently with his family.

Fast-forward to 2012. Four months a year, Belford is an instructor for the Jackson Hole Mountain Resort. In April, he travels to Valdez, Alaska to the Rendezvous Mountain Lodge where he serves as a heli-ski guide, coaching adventure-seekers through the steep and deep powder of the Valdez mountain range.

"I accomplished my original goals — but now I’m living the dream that I never-ever thought to dream up," said Belford. In addition to his skiing activities, he and business partner, Rick Wieloh also own Apex Real Estate and Property Management.

Belford started skiing at age 2 and a half, when his parents took him to Snowshoe, W.Va.

At Churchill, Belford played football, baseball and continued his racing career. He headed to Arizona State University and earned a degree in electronics engineering technology. The day after ASU’s graduation, he and his mom drove to Jackson for his first ski instructor experience. He had attended the hiring clinic in October, but could not make the training clinics because of college finals and graduation. He said, "I showed up to teach and was issued only ski pants and a vest — they had run out of jackets. My mom bought me a lot of expedition weight long underwear. I immediately fell in love with teaching and earned my PSIA (Professional Ski Instructors of America) level 1 and 2 within the first year, and my level 3 the 2nd year. Within four years, I became a DECL (Divisional Examiner and Clinic Leader) which qualified me to train instructors. Originally, I had thought I wanted to become a Ski Patrol, but once I started teaching, I realized I had found my niche."

An article from the December 1988 Almanac.

Belford is also trained as a Wilderness First Responder and has earned the Avalanche level 3 certification. Seven years ago he made his first trip to the Rendezvous Lodge in Alaska to learn to be a heli-guide in the Chugach Range — "the most challenging and best mountains for heli-skiing in the world," according to Belford. "Heli-skiing is the most exciting skiing experience ever. We make certain our guests are safe, yet experience the adrenalin rush of their life."

Belford is married with a 12-year-old son named Jackson — also a skier. Future plans include staying in his dream location in Jackson, continuing his heli-ski experiences and building his real estate business. "I can’t believe I am so fortunate to live where I choose to live, do what I want to do — and actually make a living from it!"

The writer is the mother of Matt Belford.