With a projected enrollment of 181,608 students, the proposed budget includes an additional 721.3 positions to support an additional 3,900 students, as well as cost-of-living increases for all eligible employees. Since 2008, the district’s enrollment has grown by more than 15,000 students. 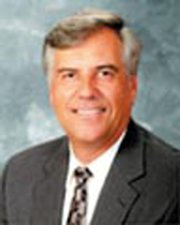 "Over the past five years, we have added the (student population) equivalent of a high school, middle school and 16 elementary schools," Ted Velkoff (At-large) said after the Jan. 12 school board meeting, during which Dale released details of the budget.

Velkoff added there is a "pent-up need" for increased funding. "The funding has been pretty flat over the past five years, while we’ve been absorbing that many students and we’ve had no corresponding increase in funding," Velkoff said.

The program works to develop college readiness and provide ongoing support to students who enroll in Northern Virginia Community College with the intent of transferring to a four-year Virginia college to earn a bachelor’s degree. Fairfax, Herndon, Marshall, and West Potomac High Schools also offer a similar program called the College Success program.

Under Dale’s plan, extended learning time for students and extended time for teachers are included in the budget, as well as a 2-percent cost-of-living increase for employees. Teacher salaries have been frozen for two years.

"I was content to see that teacher compensation was again prioritized in this year's budget. Sustaining compensation increases from last year shows Fairfax's commitment to ensuring that those who teach here can afford to live here," said Ryan McElveen (At-large).

"However, I was disappointed to see that athletic fees were not addressed in the budget. In terms of cost, they are a low-hanging fruit at less than $2 million." McElveen said athletic fees, as well as booster fees, fundraisers and spirit-pack payments, can be a significant burden on students of low-income families. "I hope that the board will remember these students and their families in the coming months."