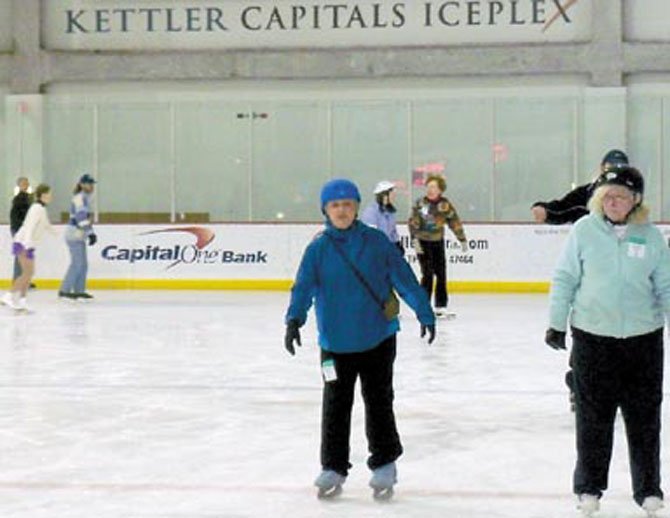 Arlington — Question: Where can you find 40 people over 55 swooping in circles for an hour early Monday mornings? Answer: The top of an eight story parking garage leased from Arlington County which also serves as home to the Washington Capitals. Explanation: Ice skating. 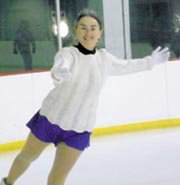 Twenty years ago, county government and the local business community were seeking ways to update Parkington shopping center where Glebe Road and Wilson Boulevard intersect. At the same time, the area's National Hockey League team was seeking better arrangements for practices, a training facility and administrative offices. Practices in Odenton, Md. and matches in the downtown Verizon Center were inconvenient. Both searches meshed and the result is Kettler Capitals Iceplex at Ballston Common Mall.

The arrangement among government, developer and professional sports team permits Arlington to boast of an ice arena of the highest caliber. One byproduct is yearlong public access to all forms of skating instruction, competition and entertainment, as well as private events packages. Advertising materials declare it "the coolest place to throw a party."

Skating for Seniors Age 55 Plus

Monday from 8 to 9:10 a.m. at Kettler Capitals Iceplex atop Ballston Mall at the corner of North Glebe Road and Wilson Boulevard.

Parking for three hours is $1.

Admission, including skates, is $1.

Not limited to Arlington residents.

Open "Public Skate" is available 16 hours each week, with an admission charge and separate fee for skate rental. However, to assure that access is within everyone's reach, lessee Kettler agrees to additional hours called "Arlington County Sponsored Skate" at a special rate of $1, skates included. It was a success from the start. Also from the start, a number of skaters over 55 thought their needs could be more fully met by setting aside their own special hour. The county agreed on a twice-a-month basis. Popularity soon changed that to weekly, namely, the present Monday morning from 8 to 9:10.

"Seniors differ from regular public skaters in several ways," according to Brian Taylor at the reception desk. "Nearly all know how to skate well, and staff need not worry about racing and other misbehavior on the ice. Most attend regularly and you can see how they have formed friendships." 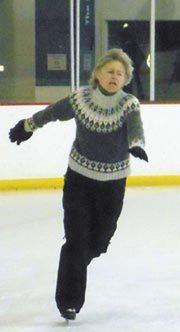 "The senior skaters came together as soon as Iceplex opened," said Jerrilyn Andrews. "Many participants are retirees, some work part-time and all have a great deal of control over their schedules, so attendance is steady. At present, our informal group numbers about 60. On any given Monday morning, three dozen or so attend. We still have plenty of room for more skaters."

Andrews emphasizes the friendliness of the participants and the fact that skating is "painless exercise" and "fun." Echoing staff member Taylor's observation, she said, "the skaters are pretty much 'self-policing.' We maintain our own email list to notify everyone if the rink closes unexpectedly. The music provided (like "hip-hop") was not to our taste, so we can use songs more to our liking."

Jennifer Collins, with Arlington's Office of Senior Adult Programs, confirms that staff initially paused when hearing "seniors" and "skating" in the same sentence. However, she added, the proposal came to be seen as a "great opportunity to try something new. Its success is a nice surprise. As long as the bloc of time remains available, senior skating will continue."

"I have skated since childhood in Rochester, N.Y.," said Ellen Berty. "My father regularly took take the entire family to skate. I came back to it on hearing of the new facility at Ballston. There is something very special about becoming 'lost' in the music and the rhythm of your own little world on ice."

The Iceplex offers lessons, sale of hockey gear and Capitals clothing and a snack bar, as well as information on all kinds of sport and dance on ice.