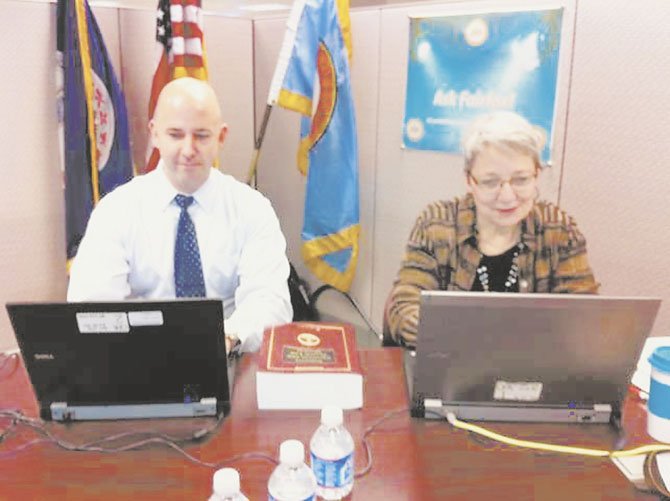 On Wednesday, Jan. 18, Fairfax County held an online forum to address the topic of child sexual abuse. For 90 minutes, 2nd Lt. Josh Laitinen, supervisor of the FCPD child abuse squad and Kathleen Kelmelis, program manager for the Office for Women’s Domestic and Sexual Violence Services answered a wide range of questions from about 20 posters.

Fairfax County — The fallout from the Penn State child sex abuse scandal — arrests, firings and the disgrace of a sports icon — has also promoted a heightened awareness of child sexual abuse.

Since the scandal broke in November, national child abuse and neglect hotlines have reported steep spikes in calls from parents, educators and victims asking questions and seeking help.

According to statistics kept by Fairfax County Police Department's (FCPD) Child Abuse Unit, reports to the department’s seven-member Child Abuse Squad have doubled since December 2010 – from 19 to 39 reported cases.

In 93 percent of cases of child sex abuse, the abuser is someone the child knows. Nearly half the time these abusers are family members."

Fairfax County’s Office for Women’s Domestic and Sexual Violence also reports an increased number of calls asking for advice and counsel since the scandal broke.

"Child sexual abuse is more common than many people think, but there is also a lot of shame and a hesitancy to come forward and talk about it," said Lucy Caldwell, an FCPD officer who spearheaded an online forum to the topic on Wednesday, Jan. 18. She said national attention surrounding the Penn State allegations coupled with the rise in local reports and concerns provided the impetus for the online discussion.

"We felt it was important to reach out to tell people that they are not alone. There are resources available," Caldwell said. "In some cases, victims can take police action against their offenders … We do suspect, however, that many cases go unreported for many, many reasons."

According to the National Children’s Advocacy Center, sexual abuse is the nation’s most under-reported crime. Various studies show 40 to 60 million Americans have been sexually abused, and national experts estimate that nearly one out of every three girls and one out of every six boys will be sexually assaulted by age 18.

Where to Get Help: Fairfax County Resources

For information on child abuse prevention, intervention and treatment, call the Childhelp Hotline at 1-800-4-A-CHILD.

To report abuse, call the Child Protective Services (CPS) hotline at 703-324-7400. If you are under 18, and want to make a police report, you can also call CPS, and report anonymously.

For information and support, call the 24-hotline with the Office for Women’s Domestic and Sexual Violence Services at 703-360-7273.

For information about a wide range of counseling services, call the Office for Women’s Domestic and Sexual Violence Services at 703-324-5730. The office recently started a support group for men who were sexually assaulted as children. For more information, call Chris Davies at 703-704-6727.

For more information, go to www.fairfaxcounty...

The online discussion was originally scheduled for one hour, but there were so many questions from posters — all of whom chose to remain anonymous — that the discussion continued for more than 90 minutes.

Kathleen Kelmelis, program manager for the county’s Office for Women’s Domestic and Sexual Violence Services, and 2nd Lt. Josh Laitinen, supervisor of the FCPD child abuse squad, answered a range of questions from those who identified themselves as victims, as well as parents and educators seeking information about how to help children and when to report suspected cases of child sexual abuse.

One poster asked: "Why do you think children don't tell their parents or the police when bad things happen to them? How should they handle these situations? What should we be doing as parents to ensure their safety?"

"In 93 percent of cases of child sex abuse, the abuser is someone the child knows. Nearly half the time these abusers are family members," Kelmelis responded, adding that abusers are masters of manipulation.

"They manipulate in many ways, through threats such as, ‘If you tell, I will kill your family or your pet.’ Or through promises — ‘If you do this for me, I will take you out to the arcade,’" Kelmelis said. She also gave tips on guiding a child through the conversation.

"Give the child a safe environment in which to talk to someone with whom trust has been established. When talking with a child, try to guard against displaying emotions that would influence a child. Reassure the child that they have not done anything wrong and they are not to blame for what happened to them," she said.

Another poster wanted to know who, in addition to doctors and teachers were "mandated reporters."

He noted that there are several pieces of legislation before the Virginia General Assembly that would require coaches and others involved in youth organizations to be added to the list. He also advised parents not to rely solely on organizations to prevent child sexual abuse.

"Parents need to be involved, know what adults their children are with. For example, consider becoming a leader or volunteer; take the time to stay at the music lesson or sporting event/practices. No amount of concern is too great for the welfare of your child," he said.

Another person asked what efforts are currently underway between Fairfax County police and other agencies to address the recent rise in cases?

Laitinen said the police department and Fairfax County’s Department of Family Services are working together to address this increase.

The level of shame, discomfort and fear surrounding the issue was apparent in many of the questions. Several questions were from adults who said they were abused as children, asking how they could cope as adults with the residual effects of abuse, such as depression, self-loathing, guilt and shame.

Kelmelis said the Office for Women’s Domestic and Sexual Violence Services provides no-cost counseling and support for people whenever the abuse occurred.

"Often people find that the effects of the sexual abuse can impact them at different times during their life. Triggers such as reading a news report or knowing someone who has been sexually assaulted will sometimes cause feelings of anxiety and depression or will cause flashbacks to be triggered," she said.

One question was from someone who identified herself as an illegal immigrant:

"I am illegally here, but I'm being sexually abused. What will happen to me if I report it? Will me or my family be deported?"

Another question came from an elementary school counselor, who said that making a claim with CPS that is later determined to be unfounded often damages the relationship between the school and the family. "Sometimes, the child's story doesn't really make sense, or there is not a visible injury … Any advice for handling these types of situations? "

Laitinen acknowledged the "difficult situation," but said that a "mandated reporter" could face serious consequences for failing to report suspected abuse. "The child's welfare is paramount," he responded.

Both Laitinen and Kelmelis repeatedly urged victims to call the CPS hotline or 911 when posters said they or their children were currently being sexually abused.

"We urge you to report this to police at 703-691-2131 first. (If there is an immediate matter of safety, contact 911!) The police will work hand-in-hand with Child Protective Services in conducting an investigation. If you would like to contact CPS as an anonymous caller, call their hotline at 703-324-7400 anytime day or night. Whomever you decide to call first, your situation will be addressed and you will get the help you need. Please call," Laitinen said.

Caldwell said the team was pleased with the response, and more outreach efforts are planned.

"It’s a sensitive subject, but one that parents, educators and all those who come into contact with children need to know more about," Caldwell said.

To review the transcript from the online discussion, go to www.fairfaxcounty.gov/askfairfax/Archive/ArchiveDiscussion.aspx?roomid=28.