Controversial plan passes on 5-to-2 vote; opponents vow to overturn. 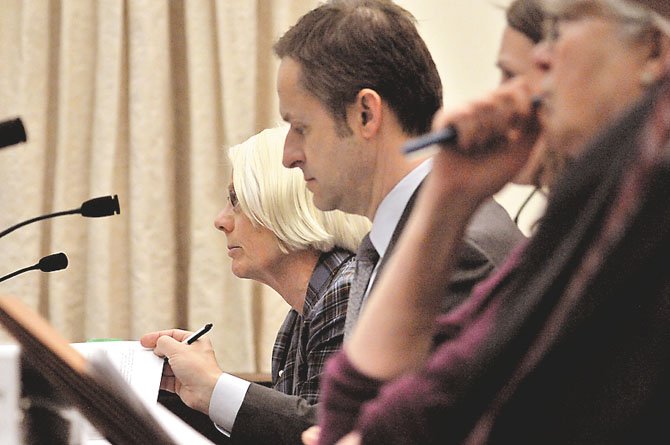 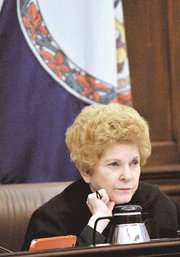 Councilwoman Del Pepper refused to share her compromise plan until after the public hearing closed.

After hearing more than eight hours of heated testimony for and against a controversial plan to allow hotels and increase density at three sites on the waterfront, Alexandria City Council members cast a party line vote on the planning document. All five of the Democrats supported the measure, and both Republicans voted against it. The 5-to-2 vote is one vote shy of a supermajority, which means that opponents may be able to overturn the decision if they can persuade a Circuit Court judge of their case.

Before Saturday’s vote, four members were in favor of the plan and two members were opposed. That left Councilwoman Del Pepper as the wild card, and she used her undecided status Saturday night to broker a last minute compromise. When asked by a reporter earlier this month what kind of amendments she would like to see to the plan, the longtime councilwoman said it was “none of your business.” Apparently her plan would not be part of the public record until late Saturday night, when she finally outlined a proposal at the last possible minute after the public hearing had closed. Instead of allowing three hotels with 450 rooms, Pepper suggested that the plan allow two hotels at 300 rooms.

“There certainly is an objection that we have heard for a long time and very strongly, a concern about having hotels on the waterfront,” said Pepper as she outlined her proposal Saturday night. “And I felt that this was one way of limiting them.”

Opponents of the plan dismissed the change, rejecting any suggestion that the change improved the proposal. Although many opponents of the proposal were uncomfortable with overturning the longstanding ban on hotels along the waterfront, most of the angst was the part of the plan that allowed density to increase from the current level of 300,000 square feet to 800,000 square feet. Pepper’s compromise proposal made no change to the increased density called for in the plan.

“It’s a sham proposal that served as a capstone to a sham process,” said former Vice Mayor Andrew Macdonald, who led the opposition. “In many ways, the so-called compromise served to further divide the community.” 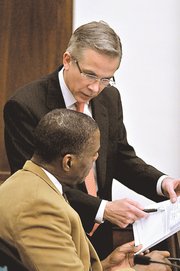 THE SMALL-AREA PLAN was released in February 2011, initiating a vigorous discussion about everything from density and congestion to traffic and parking. The Planning Commission approved the small-area plan in May, and the City Council was set to vote on the proposal in June. But council members were deadlocked on how to proceed, so they appointed a work group in an effort to find common ground. That group met for six months and eventually reached an impasse over the same issues that divided the council, especially the impact of increasing density. Some members of the work group suggested that the plan not be adopted until a transportation analysis is conducted, a sentiment that was echoed by many of the speakers on Saturday.

“This plan is not ready for prime time,” said former mayor and state Sen. Patsy Ticer (D-30). “There’s no compelling need for urgency.”

The Democratic majority disagreed with that assessment, and many of the speakers on Saturday called on council members to act immediately. Some said they feared “by-right” development, meaning that the current land owners could develop within an envelope of what’s legally permissible under current zoning without applying for a special-use permit. That’s a scenario that seems unlikely because of the high value of the land, according to the report issued in December by the Waterfront Plan Work Group. Nevertheless, the specter of by-right development was raised numerous times, with speakers suggesting land owners would go forward without new controls created by the plan.

“It establishes an integrated framework for modest and sustainable development of key, privately owned sites that, the absence of this plan, will be developed by right by land owners,” said Andrew Palmieri, chairman of the Alexandria Chamber of Commerce. “Do you stand for thriving present and future that honors our past? Or do you stand for stagnation, appeasement and status quo?”

Signs and buttons responding to the proposed waterfront plan are visible throughout the council chambers.

MUCH OF THE PROCESS leading to Saturday’s vote was driven by the Robinson Terminal Corporation, a subsidiary of The Washington Post, which brought a lawsuit against the city when officials first began contemplating a waterfront small-area plan in 2008. The preemptive attack charging that city officials engaged in “illegal spot zoning” by reducing allowable density at Robinson North in 1992, the lawsuit said that the land owner was entitled to develop according to a 1981 settlement agreement. Many speakers on Saturday suggested that the city was being bullied by The Washington Post, suggesting that city officials maintain the 1992 zoning instead of giving the powerful landowners everything they want.

“We the voting taxpaying citizen residents of the waterfront reject being used as roadkill, targeted for construction density genocide through upzoning so that The Washington Post Company fattens its bottom line and increases shareholder value,” said Alexandria resident Michael Peck.

Supporters charged opponents with obstructionism and bullying. Several speakers suggested that many people in Old Town secretly support the plan but are uncomfortable making their support public for fear of a backlash. They accused opponents of the plan with misrepresenting the proposal by describing it as akin to National Harbor or Disney World.

“There’s too much at stake for you to be swayed by the clamor and divisiveness whipped up by the lies and distortion of opposition leaders who should be ashamed,” said Alexandria resident Bill Regan. “There’s plenty of room for opposition, But outright Michele Bachmann lying is not the Alexandria way.”